A Rambunctious group at Towne Hall

December 04, 2012
December 1st, 2012 will be a night I wont forget for many years to come, November 30th, 2012 too but that's another story. I work with a crazy bunch men, and love every minute of it, going out with them is another story. On December 1st we held our epic christmas party at Towne Hall. We tend to go all out and then turn into raging drunks at the trendiest places, it is a lot of fun. This year I arrived to an unruly bunch taking up the entire bar and drinking themselves into oblivion. I quickly ordered a cosmo, one of the only vodka drinks I can tolerate, and joined my co-workers at the bar.

We finished a few rounds of drinks, then decided it was time to grab a seat and eat. For a large rowdy and incoherent group, the service was impressive. We had a lovely four course menu with many delicious choices. Our meal began with either salmon tartar or seared beats on a crostini topped with brie cheese. The tartar was served on a large square plate on top of some yummy guacamole. I found the tartar to be slightly watery and flavourless but I really like the avocado guacamole base. The presentation on the dish was lacking as well, it was a sloppy square with a fried plantain slice coming out from the centre... Weird to say the least. The beat crostini however was delicious and very well executed.

As our wines were refilled, waiters were on strict notice to keep the glasses full at all times, and our plates cleared, our salads arrived. I had the caprese salad and it did not disappoint, nothing better than sweet tomatoes, basil and buffalo mozzarella cheese. The caesar salad was also excellent.
We had a large option of mains; filet with a mushrooms gravy on mashed potatoes, halibut and sautéed veggies, lobster ravioli, and penne asiago. I went with the lobster ravioli, bad idea although the sauce was really enjoyable. The ravioli tasted as though it was store bought and densely filled with I don't know what and the one piece of lobster meat I got was completely rubber and overcooked.
My boss enjoyed his halibut, he said it was nicely flavoured and well cooked, but the veggies were ruined because the rapini was so bitter. The rest of the men and one of my female co-workers ordered the filet and all said the dish was delicious, not one complaint, well maybe there was but we were all so hammered that everything just seemed great.
The penne asiago was enjoyed by my other female colleague. She said the dish was really good and flavourful, I didn't even see it.

Our dessert options were limited to New York style cheese cake or creme brûlée. I ordered the creme brûlée, everyone else decided on the cheese cake. When I think of New York style cheese cake I picture a triangular slice of cheese cake substantial enough to put me into a food coma, well that's not exactly what my colleagues were served. One small two inch by two inch bite size piece of cheese cake arrived and disappointed all. It was delicious but way too small and left everyone wishing for more. My creme brûlée was absolutely delicious but also on the small side. As we finished our desserts, or lack thereof, round of cognac and tequila shots started flowing. By the third round we were sadly informed that we missed last call, no one even bothered to inform us of last call, not cool.
Overall our dinner was very enjoyable for all. Great decor, yummy food, nice atmosphere and great friendly staff. 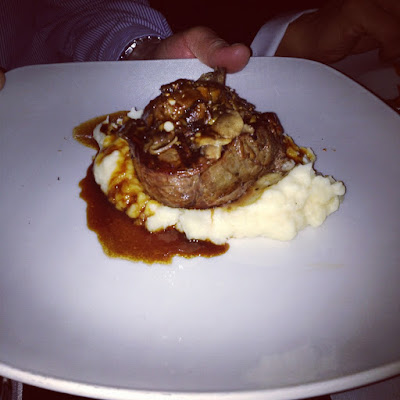 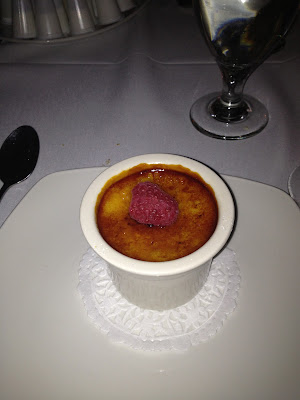 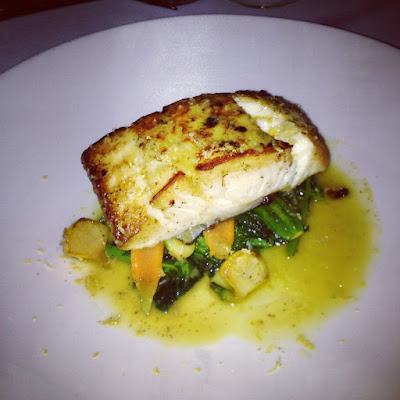 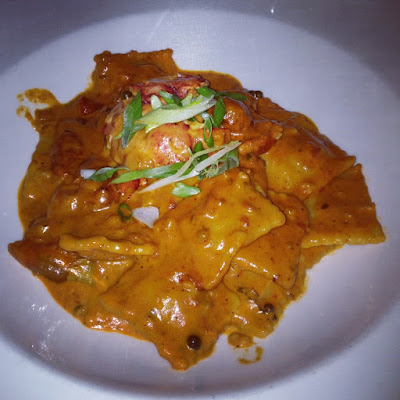 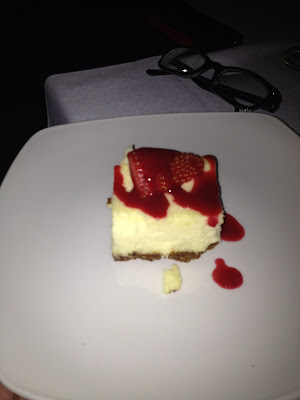 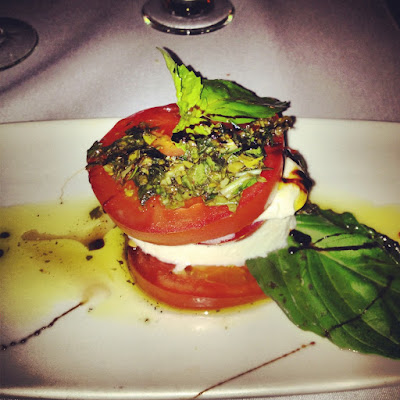 Lavanderia - A Tale of a Lunch and a Dinner

December 28, 2015
My sister works at Victoria Park along with my best friend, so on a random Wednesday, I headed to Westmount to meet them for lunch.  The casual warm setting of Lavanderia was very relaxing.  I loved the calming colours and homey feel to the place as it does pay tribute to Chef Antonio Park's childhood home above his parent's Lavanderia or laundromat - Hence the name!

We started our lunch with a coconut fish broth soup served in these adorable little cast iron bowls.  The broth was full of flavour, creamy and smooth.  The chunks of potatoes were tender and soaked up the flavour of the broth perfectly.  I can see why my friend claims this is her favourite soup!

As my main, I opted for the grilled calamari.  A fresh made corn tortilla piled high with calamari and a light delicious mixed salad.  I was excited for this dish and dug right in.  I have to say, I expected the calamari to be significantly tender and carry that delicious charred flavour and it did, just the tenderness was …
Post a Comment
Read more 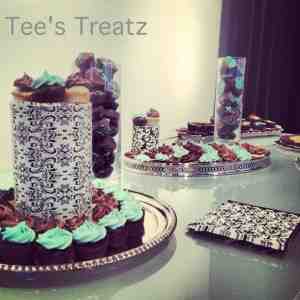 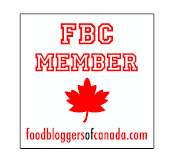